Yesterday was true to Wisconsin winter weather. Snow flurries, rain, freezing rain, high winds, biting cold and blowing snow, drifts and slushy roads. All within a five hour period. Once a month we make a trip north to Wautoma, a very well appointed town with great shopping. They happen to have a grocery store with a meat market that marinates, smokes, seasons, and packages their own sausages, brats, tenderloins, and chicken breasts. There are at least two dozen varieties each of brats and chicken breasts always in stock. These weren’t anorexic chickens, the breasts average a pound each. Well worth the drive once a month. 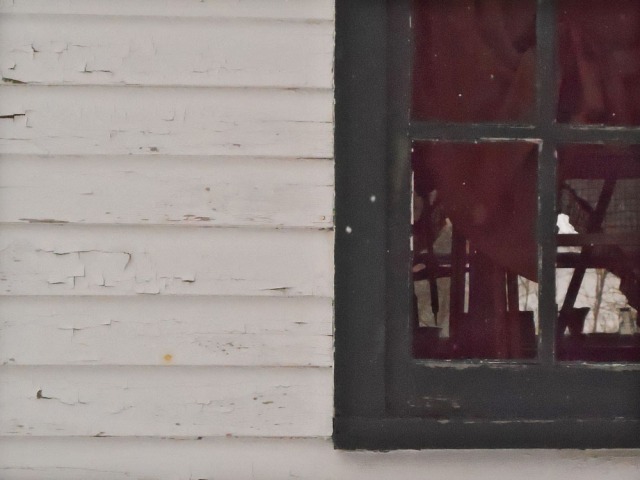 Hubby is addicted to a smart phone ap named Ingress. It requires locating and destroying enemy portals. The portals are accepted into the system through a submission process including a photo of the portal, such as a public building or historical landmark and GPS location from its players. 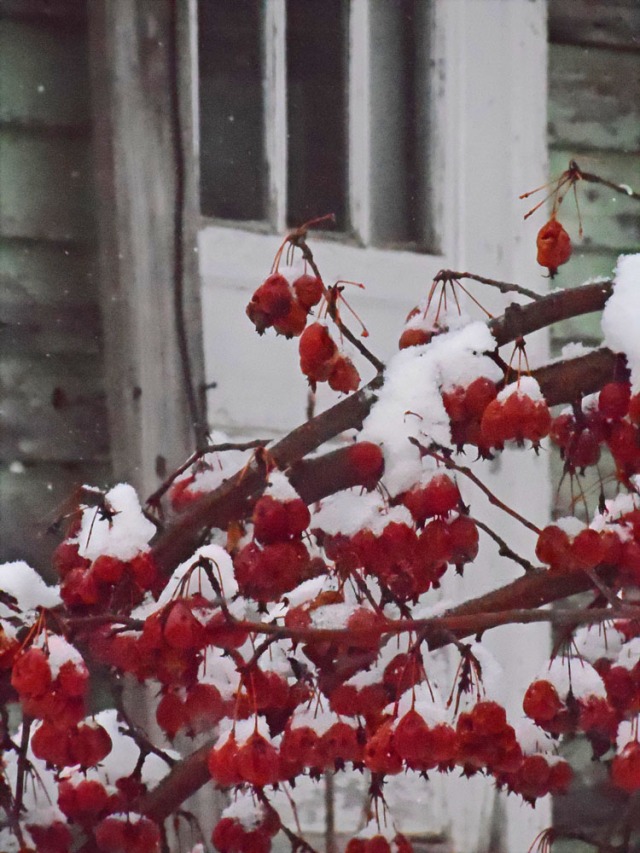 Apple of My Eye

I asked if many players have been picked up as potential terrorists. For low levels like my “Grumpy”, it may take up to twenty minutes to take out and secure an area for himself.  “A few have been detained while the government tried to unravel the complications of the game.”   I reminded him ,”If aliens were among us, he and other Ingress players might be uploading information needed for the worldwide takeover by the Zombie Apocalypse”. 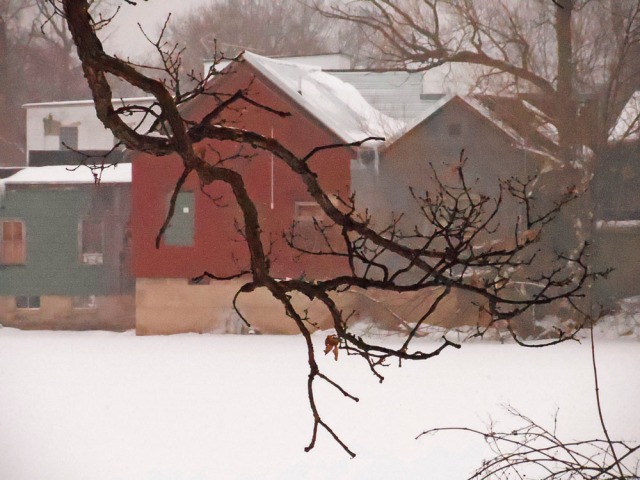 A River Runs ‘Neath It

Any hoo –  the two hour afternoon drive for groceries. with a few Ingress stops at three additional small towns along the route, ended five hours later. I captured three vastly different sets of photographs for the blog while following the man around, capturing enemy portals on his phone. I asked my techno-leader which pics I should run first and he chose, Seeing Red. I should have known, red is his favorite color. 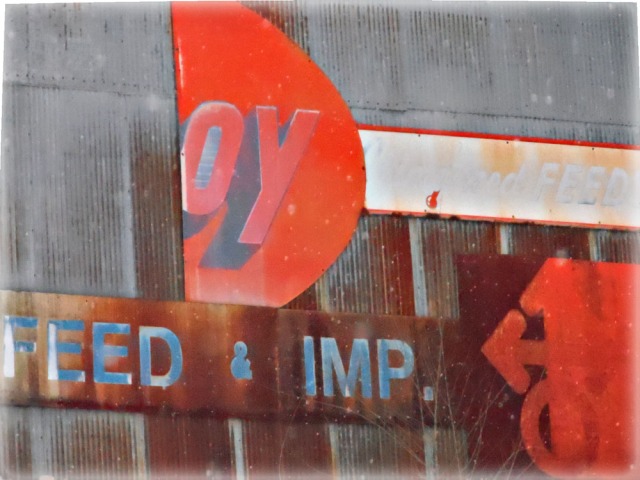 All photos in this seriers were shot during conditions of high winds and blowing snow on a 3200 ISO setting. Samsung WB150F pocket camera on manual settings. Post processing, OnOne Photo Suite (a very old edition). I had the high ISO setting cranked for an earlier shoot of the moon and Venus and forgot to reset it. I like the way it retained the grainy, atmospheric conditions of the day.

Other cameras I use are an old Olympus E550 which is a terrific little flower-power camera. It’s the one I also hand to Grumpy when I need a back-up shooter. My main gun is a Oly E510 that is beginning to feel sticky. I think, like my laptops, the end is approaching for my old field machine. I’m well antiquated, not well appointed. Also just starting to believe my own talent might be in my eye and not the cost of the equipment.

I’d love to hear from others that are on the same journey.